Dawn of Heroes sees the sun set on Shadow Items and rise for an all new mechanic!

Fighting Back the Shadows

While Pengu has been battling the Black Mist to save Nimblefoot, we’ve been hard at work making TFT a game you can come back to match after match. Each patch, we’ve lessened or removed the drawbacks of Shadow Items. We’ve made the Armory appear more frequently, with more powerful Items to create tactical decision making moments on how to best utilize your options. And with that in mind, we approached Reckoning: Dawn of Heroes and its mechanics, differently than other Mid-Sets. Meanwhile back at the ranch Sacred Keep, Pengu’s efforts, and yours, have revealed the secrets hidden in the Skyglass, which can only mean one thing: new Mid-Set Mechanics.

As Pengu continues to fight the Black Mist, the weapons of Chaos, Shadow Items, will be gone. Yes, Shadow Items are leaving us in Reckoning: Dawn of Heroes. I’ll let that sink in for the remainder of this section… End of section.

Leading the Charge with Radiant Items

With the Skyglass assembled, Pengu has accessed an all new arsenal. Which is convenient because fighting the shadowy Black Mist with Shadow Items isn't a good idea. think, Pengu, think!

Just like Pengu, we’re getting new and powerful tools for our arsenal. They’re called Radiant Items and they’re strong… very strong. Like Shadow Items, each Vanilla completed Item will have a Radiantversion, but this time, they’ll simply be a more OP version of the original Item with no drawbacks. In fact, they’re so OP that we can only give you one per game. But don’t worry, you’ll get to choose your Radiant Item from a selection of five in the Radiant Armory that appears for all players at stage 3-6. Let’s check out some samples below (the sample here may change as needed for balance).

With Radiant Items, we're creating a jackpot moment that will shape the rest of your game. Their simple POWER is enough for Pengu to *hopefully* vanquish the Black Mist, but they should also motivate you to structure your team around. After all, victory comes easiest for whoever can best wield the power of their Chosen item. Sound familiar? Well this next line sure will.

With great power comes great responsibility. And with that responsibility, we'll be taking great care in making all Radiant Items feel viable, similar in power, yet still provide plenty of variance game to game. By giving all players at the same time the option to select one of the five Radiant Items while carefully balaning them against each other, Radiant Items make every game of TFT feel lie a unique experience that brings memorable moments and clever team concoctions.

Divine Blessing: The Last Defense Against the Shadows

Despite the efforts to fight against the Black Mist, Chaos Pengu’s power is still overwhelming (and their rap game is almost as good as mine). Pengu’s going to need some extra oomph to win back Nimblefoot, and so will we as we converge on the Convergence, trying to not take an 8th. Lucky for us, we’ve got one more shot at taking the ‘W’ with the Divine Blessing.

Brought into existence by bits of code jammed together the forces of Order, the Divine Blessing is a loot orb that grants the same essential contents for all players but only once they drop below 40 health. At the Dawn of Heroes, look to the Divine Blessing to fight back the brutality of a pending eighth. Blessings grant a high amount of immediate value, offering a combination of the following:

So, you’ve dropped below 40 Health. It’s time to ‘bless this mess’ like your weird Aunt’s mass-produced wall decor. Here’s what you may be blessed with:

While the actual Item Components and Champions might vary player by player, the value will be uniform. Thanks to the power of Order, everyone's going to be feeling a bit more Fortunate when they're in dire straits.

Tome of Emblems: It’s in the Books!

The Tome of Emblems is the latest and greatest best-seller written by Urf themself. Flip through this hardcover to access a shop of four Emblems to choose from. The Tome has a chance of dropping from the Divine Blessing, but can rarely end up in the hands of PvE encounters. Who knew the critters we farm were so well read?

When the Tome of Emblems is inside of an orb, that orb cannot be opened unless you have the bench space to accommodate the Tome. It’s an exciting read that we don’t want you to miss out on! 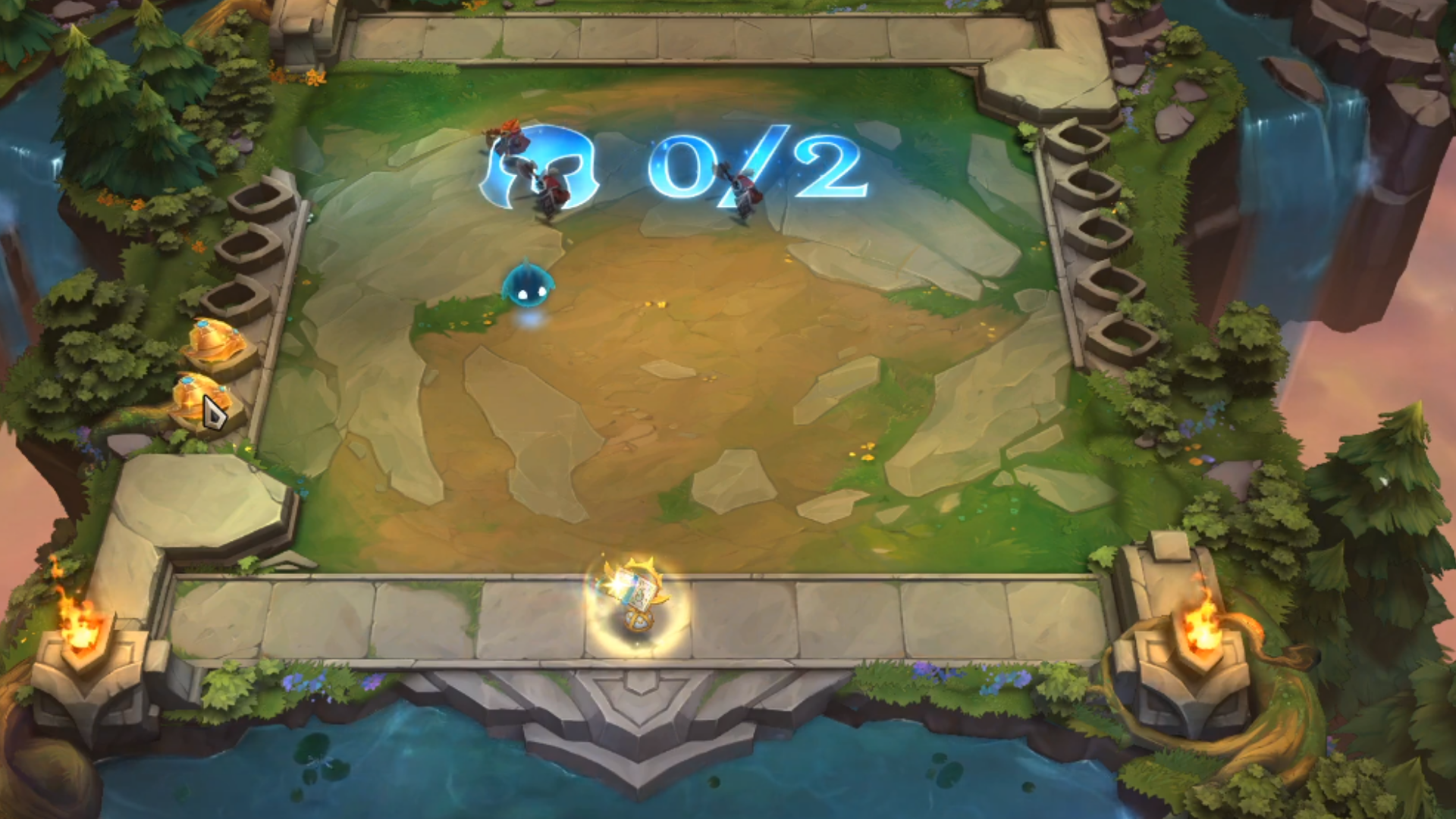 Filling in the Gaps

With Shadow Spatula gone, how are you going to build Hellion Emblem, Forgotten Emblem, Nightbringer Emblem, and the rest of them? Well, the shadows aren't quite gone yet...
Rather than removing all of the Shadow Emblems entirely, their ‘Shadow’ status will be changed to signal their lack of component recipes. We’ll continue to give these Emblems out like we do Items through the Armory. With the change to Shadow Emblems to componentless Emblems, we’re also adding new Emblems for the remaining (non 5-cost) traits who currently are Spatula-less. Cause we heard you like Emblems with your Emblems, expect to see new Shadow Emblems for Brawler, Draconic, Invoker, and Ranger. 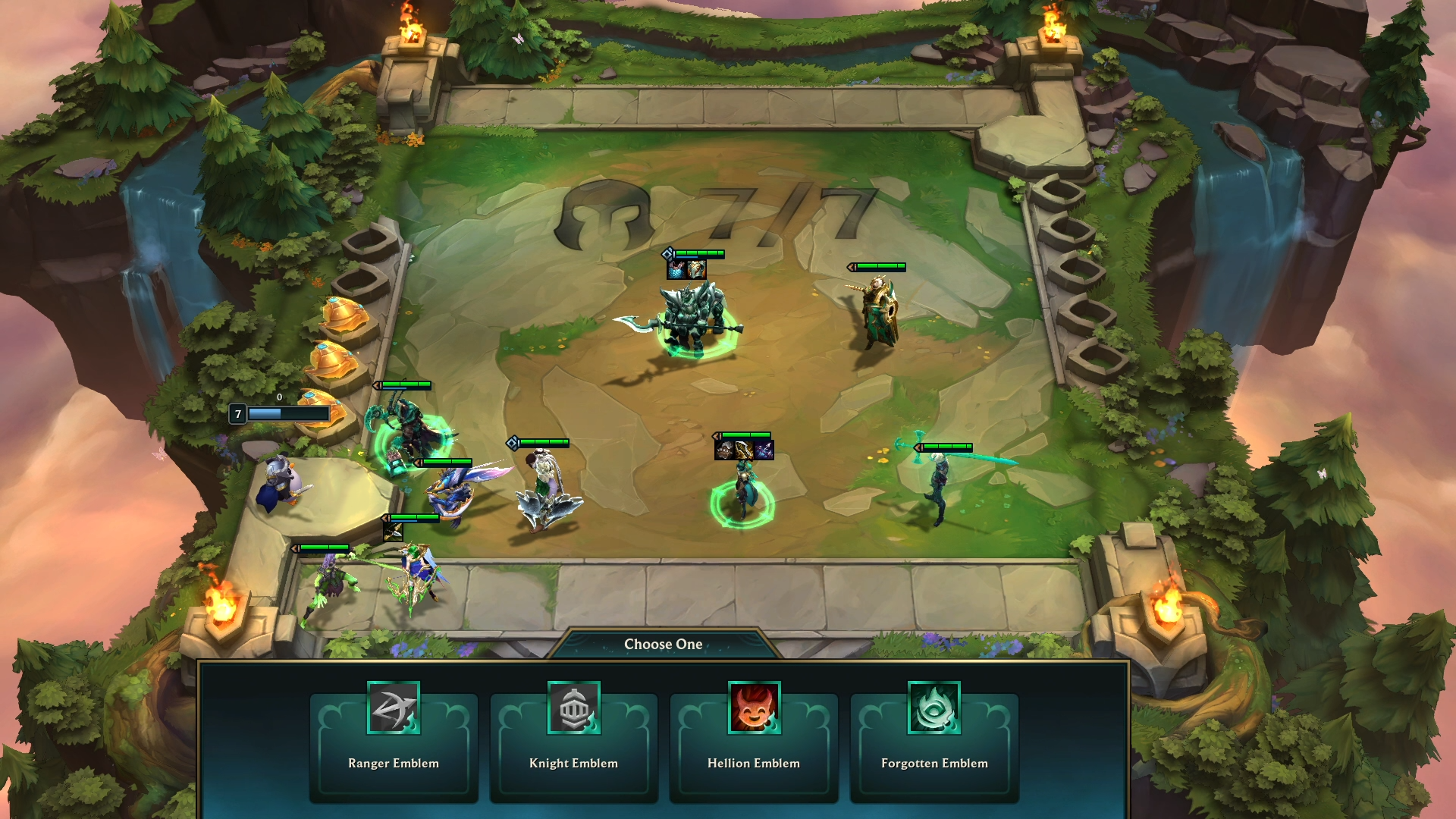 Still have questions looming? Questions like…  Are we forgetting the Forgotten now that Shadow Items are gone? How do these changes affect Armory drops? Will Emblem accessibility impact the power of hard-to-hit reach traits? Don't worry. We'll be revealing more in the coming weeks, so stay tuned for more divining prophecies (*cough* articles *cough*) soon.