LEARN THE BASICS
WELCOME TO THE RIFT
There’s a lot to learn about League, so we’ll start with the essentials. Explore the guide below to get the rundown on the most popular game mode.
LET'S GO
WHAT IS LEAGUE OF LEGENDS?
League of Legends is a team-based strategy game where two teams of five powerful champions face off to destroy the other’s base. Choose from over 140 champions to make epic plays, secure kills, and take down towers as you battle your way to victory.

The Nexus is the heart of both teams’ bases. Destroy the enemy’s Nexus first to win the game.

Your Nexus is where minions spawn. Behind your Nexus is the Fountain, where you can quickly replenish health and mana and access the Shop.

Your team needs to clear at least one lane to get to the enemy Nexus. Blocking your path are defensive structures called turrets and inhibitors. Each lane has three turrets and one inhibitor, and each Nexus is guarded by two turrets.

Turrets deal damage to enemy minions and champions, and provide limited vision from the Fog of War for their team. Attack these structures with minions ahead of you to avoid damage

Each Inhibitor is protected by a Turret. When destroyed, super minions will spawn in that lane for several minutes. Afterward, the Inhibitor will respawn and Super Minions will stop spawning.

In between the lanes is the jungle, where neutral monsters and jungle plants reside. The two most important monsters are Baron Nashor and the Drakes. Killing these units grants unique buffs for your team and can also turn the tide of the game.

Baron Nashor is the most powerful monster in the jungle. Killing Baron grants the slayer’s team bonus attack damage, ability power, empowered recall, and greatly increases the power of nearby minions.

Drakes, or dragons, are powerful monsters that grant unique bonuses depending on the element of the drake your team slays. There are four Elemental Drakes and one Elder Dragon.

There are five positions that make up the recommended team comp for the game. Each lane lends itself to certain kinds of champions and roles—try them all or lock in to the lane that calls you.

Champions in top lane are the tough solo fighters of the team. It’s their job to protect their lane and focus on the enemy team’s most powerful members.

Junglers live for the hunt. Stalking between lanes with stealth and skill, they keep a close eye on the most important neutral monsters and pounce the moment opponents let their guard down.

Mid laners are your high burst damage champions who can do it all—solo and as a team. For them, combat is a dangerous dance where they’re always looking for an opportunity to outplay their opponent.

Bot lane champions are the dynamite of the team. As precious cargo, they need to be protected early on before amassing enough gold and experience to carry the team to victory.

Support champions are team guardians. They help keep teammates alive and primarily focus on setting up kills, protecting their teammate in bot lane until they become stronger.

POWER UP YOUR CHAMPION
Champions get stronger by earning experience to level up and gold to buy more powerful items as the game progresses. Staying on top of these two factors is crucial to overpowering the enemy team and destroying their base. 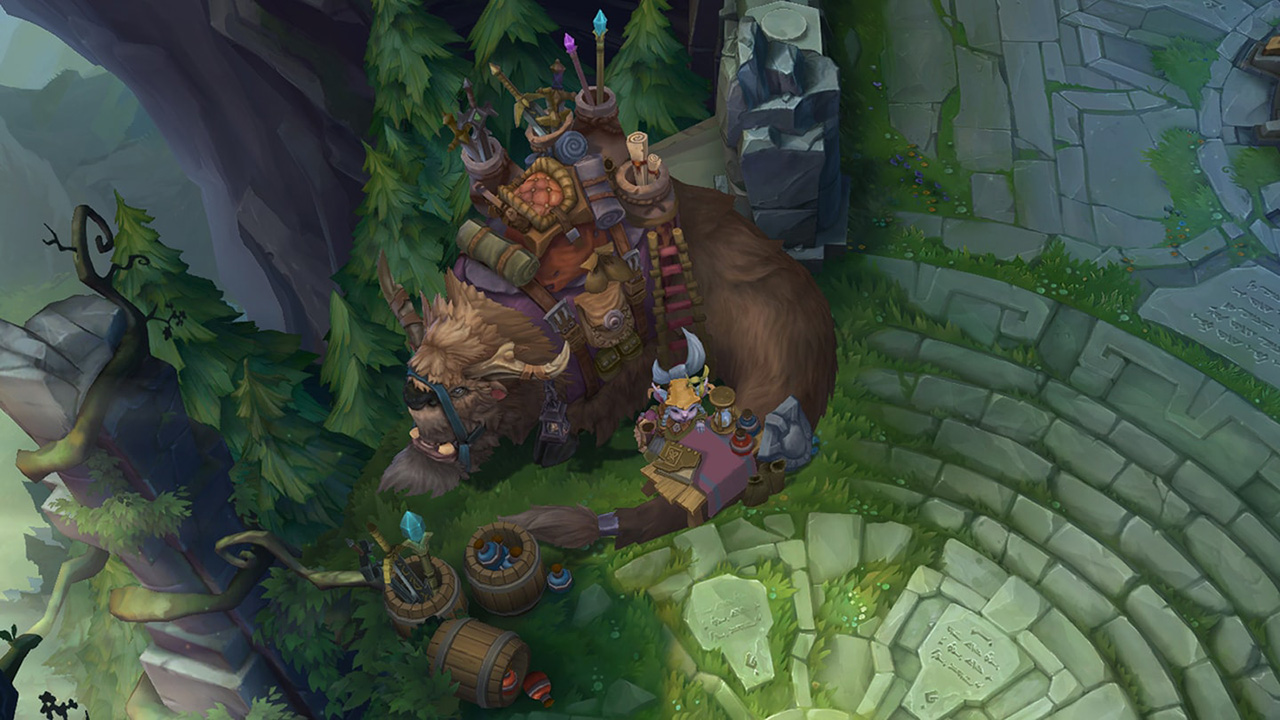 When champions earn a certain amount of experience, they level up and can unlock or strengthen abilities and raise their base stats. Gain experience by killing enemy units and champions, assisting in a kill, and destroying defensive structures.

Gold is the in-game currency to buy items for your champion. Earn gold by killing enemy units and champions, assisting in a kill, destroying defensive structures, and equipping gold income items.

The Shop is where you can buy and sell items with gold you’ve earned. It can only be accessed while you are at the Fountain.

UNLOCK YOUR ABILITIES
Champions have five core abilities, two special spells, and up to seven items at a time. Figuring out the optimal ability order, summoner spells, and item build for your champion will help you succeed as a team.
Most champions have a unique skill set made up of five skills: passive, three basic skills and ultimate. Skills are assigned to Q, W, E and R buttons.